Over the years BWC Technologies performed many diaphragm repairs due to wet steam erosion even on cast stainless steel diaphragms. Although the areas repaired by welding would hold up, BWC found that the base metal adjacent to the welds would erode away. After three to four years of operation, our customers were once again facing major repairs due to erosion.

Prior to 1999, BWC Technologies was having excellent success with HVOF {High Velocity Oxygen Fuel} Spraying of journal and carbon areas on steam turbine rotor shafts. This process proved to have superior wear characteristics compared to the old standards. After seeing these results, BWC Technologies started to apply HVOF on other shafts, such as those used for boiler feedwater pumps, blowers, compressors, pinion and bull gears. Once again, HVOF proved to be superior.

In 1999, BWC Technologies developed a proprietary blend of HVOF powder to be applied to diaphragms for steam turbines. We then received a set of cast stainless steel diaphragms that required extensive repairs. BWC repaired these diaphragms using the same methods as in the past. Welding in the eroded areas to build them back up and then either machining or grinding as required to bring them back into dimensional specification. Our customer then gave us permission to apply the HVOF spray on the second and third stage diaphragms as a trial [second and third stage diaphragms traditionally have the highest rates of erosion]. Spraying was done on both sides from the outside diameter to about five inches in from the outside diameter. This covers the blades and ribs where the steam flows and erodes the most material away. The pictures shown are from those diaphragms. They show the condition as originally received and how they looked after BWC Technologies repaired them and how they looked again in 2002 after being in service for three years. 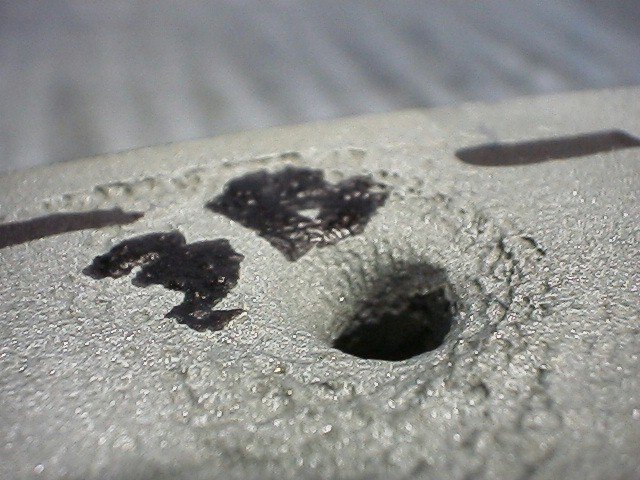 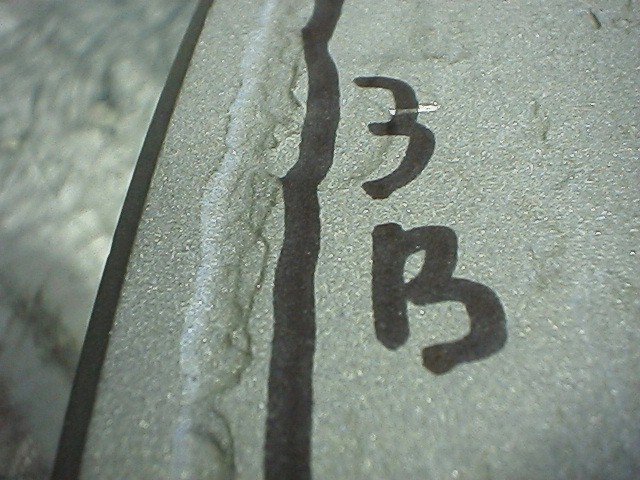 This is erosion at the case fit adjacent to the drain hole. 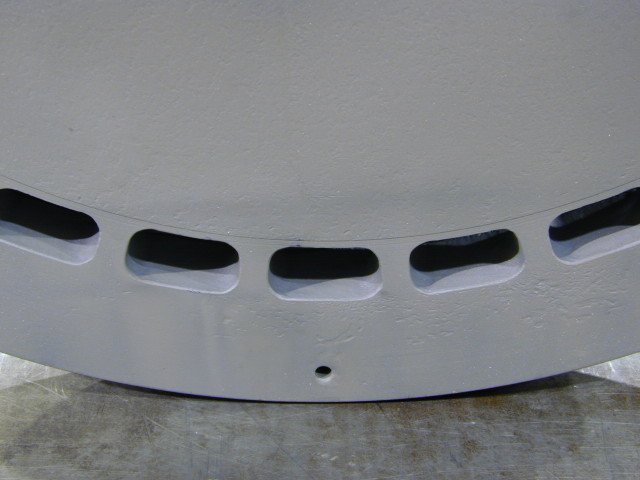 This is both above areas after repairs made in 1999. 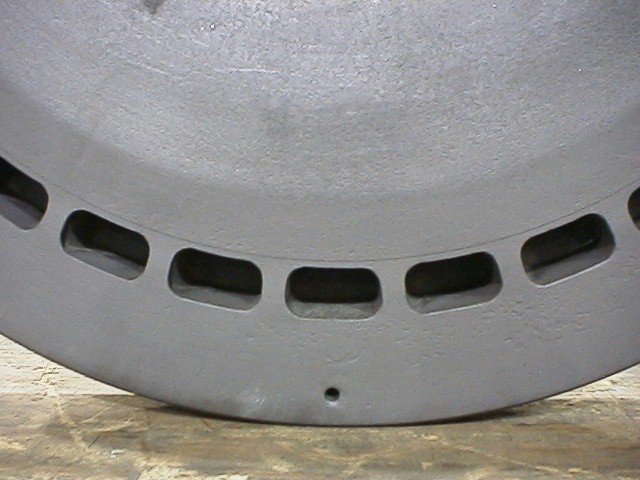 This is same as above except in 2002, after three years in service and blast cleaning for inspection.

These pictures show how vulnerable diaphragms are to steam. The welded areas from a previous repair have held up ok but the base metal has been eroded and washed away. 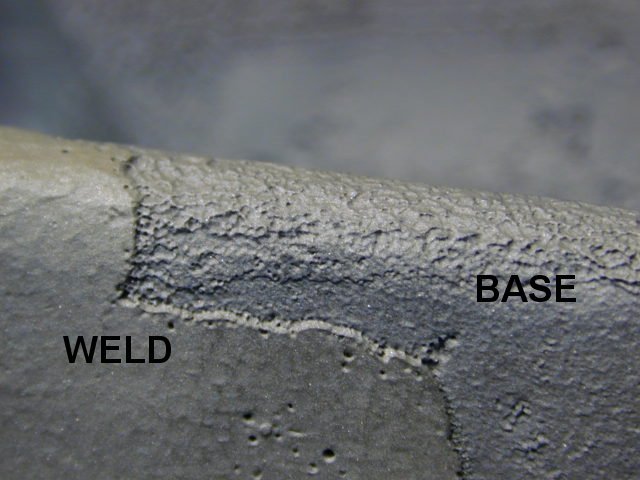 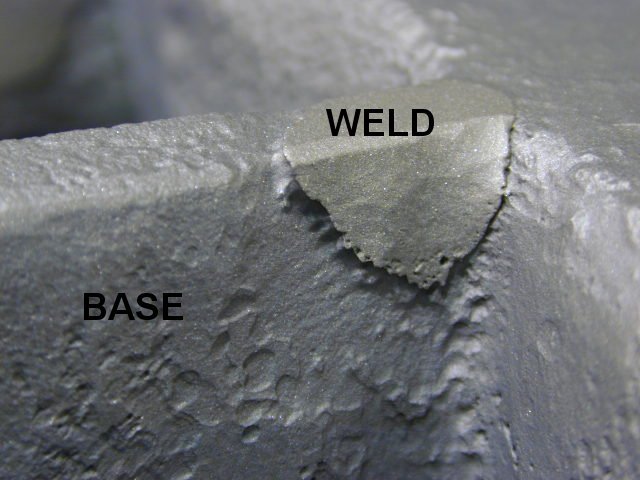